“And it came to pass after seven days, that the waters of the flood were upon the earth. In the six hundredth year of Noah’s life, in the second month, the seventeenth day of the month, the same day were all the fountains of the great deep broken up, and the windows of heaven were opened. And the rain was upon the earth forty days and forty nights.”

The thing is, the Flood didn’t have to cover the present-day earth. “The earth of today was radically altered by that global event.” (1) 2 Peter 3:6 confirms that the Flood completely changed the pre-Flood earth.

“Whereby the world that then was, being overflowed with water, perished:”

Genesis 7:11 explains that the “fountains of the great deep [were] broken up”. The earth’s crust literally busted up and opened all around the earth, releasing the water. Genesis 7:24 explains that “the waters prevailed upon the earth an hundred and fifty days.” That is a lot of water.

Here comes the geology of the flood. The breaking up of the earth’s crust (in Genesis 7:11) would release enormous amounts of water, as well as molten rock, causing the ocean floors to be “effectively replaced by hot lavas.” (2) Because the molten lava is less dense than the ocean floor, the lava would have had an expanded thickness, causing the new oceanic crust to rise. This would have raised the sea level by more than 3,500 feet (2). When the ocean floors cooled off after the flood, it would have caused them to sink, lowering the sea level and causing the waters to drain off of the continents, forming new, deeper ocean basins (2). With the crust opening like that, tectonic plates would have shifted around and new mountains and valleys would have been formed.

There are still people who will argue that it’s impossible for the mountains to appear like that after the flood. But yet, if you ask a secular geologist how mountains are formed, they will reply:

“Simply put, they are the result of tectonic forces or volcanism. […] In truth, there are three ways in which mountains are formed, which correspond to the types of mountains in question. These are known as volcanic, fold and block mountains. All of these are the result of plate tectonics, where compressional forces, isostatic uplift and intrusion of igneous matter forces surface rock upward, creating a landform higher than the surrounding features.” (3)

When the crust of the earth was broken due to the fountains of water being released, tectonic plates were being shifted around like crazy, and once they settled, a “new” earth was formed, with different mountains and valleys. Mount Everest grows taller by an average of two inches per year (4). If Mount Everest is still growing, how is it so hard to believe that the plate shifts after the earth’s crust burst open caused enormous amounts of change in the way the world looks?

Geology itself proves that the world changed due to a catastrophic flood, and that there really was enough water to cover the earth. Next week, we’ll be looking at the fossilization of all the plants and animals. Click here if you missed part 1 and part 2 of the series.

If you’re not 100% sure that you’ll go to Heaven when you die, now is the time to repent and put your trust in Jesus Christ. If you have any questions or debts about your salvation, click here to learn how you can be saved. 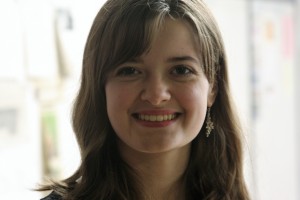